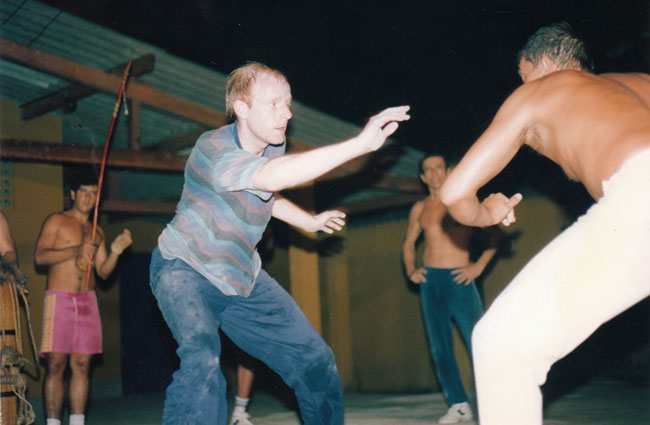 my blogThoughts and ideas about capoeira

I have been practicing and teaching capoeira for over 25 years.  I’m now realizing that my continued pursuit of recreating a genuine capoeira culture in London has reached it’s goal.  London is a perfect place for capoeira and through it’s practice you can empower yourself and others.  The formation of our monthly roda called Urban Ritual with it’s open door policy has influenced many London based students to visit regularly; building group cohesion in London and beyond.

I recently became interested in the dance elements of capoeira and have developed a method of teaching that is unique to my students needs.

The picture above was taken in ’93 when I first visited Brazil.  I consider myself very luck to have been to Brazil yearly since then and to have caught the end of the Capoeira era that was not influenced by the globalization.